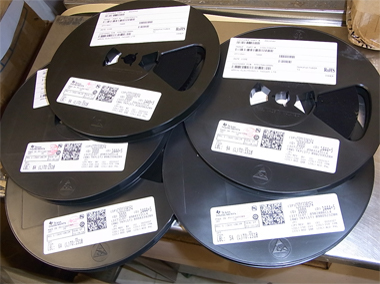 Rectifier diode is a kind of semiconductor device that converts alternating current electrical energy into direct current electrical energy. Usually it contains a PN junction with two terminals, positive and negative. The most important characteristic of a diode is its unidirectional conductivity. In the circuit, current can only flow from the positive pole of the diode to the negative pole.

The rectifier diode can be used in the manufacture of semiconductor germanium or silicon. The silicon rectifier diode has the characteristics of high breakdown voltage and small reverse leakage current. Usually high-voltage and high-power rectifier diodes are made of high-purity single crystal silicon (it is easy to reverse breakdown when doping more). This device has a large junction area and can pass a large current (up to thousands of amps), but the operating frequency is not high, generally below several tens of kilohertz. Rectifier diodes are mainly used in various low-frequency half-wave rectification circuits. If full-wave rectification is required, they must be connected to a rectifier bridge.

As a necessary component of the circuit and the rapid development of the electronics industry, rectifier diodes are used in a huge amount and the output is increased. This will inevitably lead to excess rectifier diodes. ExcessChip Technology Limited. recycle various brands of diodes, such as Texas Instruments, NXP, etc. ExcessChip Technology Limited.will provide you with a satisfying price.