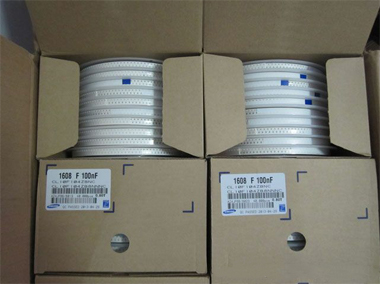 Chip capacitors, as the name suggests, refer to tiny capacitors that can be mounted on a chip. It is small, but the function is very significant. The key to determining the performance of the capacitor is its electrode material, including graphene, titanium carbide and porous carbon. Chip capacitors are mainly used to promote the miniaturization of electronic products and the small energy storage components, enabling applications of electronic devices to operate autonomously, such as wearable accessories and wireless sensor networks.

The chip capacitor is used as an electrochemical energy storage device, and the basic structure of the chip capacitor includes a positive and negative electrode and a conductive ion electrolyte separating the two. The earliest micro-supercapacitors were inspired by the development of thin-film microbatteries, a sandwich structure consisting of two solid electrolytes between RuO2 electrodes and electrodes. Previous devices were poorly ion-conducting and polarized. The specific capacitance and power are lower. Other micro-supercapacitors have been able to assemble a variety of electrode materials on a flat surface, most of which are formed in an interdigitated pattern on an insulating substrate. Capacitor will have a greater advantage if integrated in the chip.

Models included but not limited: