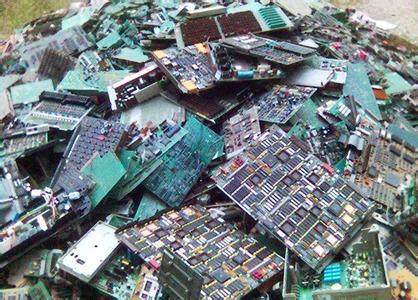 E-waste contains a lot of toxic substances, such as lead and cadmium on circuit boards; lead oxide and cadmium in cathode ray tubes in displays; mercury in flat-panel displays; cadmium in computer batteries; capacitors and converters Polyvinyl chloride, etc. The following are the top ten hazardous substances in e-waste:

1. Lead - The harmful effects of lead have long been recognized. Lead can damage the central nervous system, blood system, kidneys, and reproductive system of humans, and it can have a negative impact on children's brain development. Lead can accumulate in the environment. Therefore, there are strong and long-lasting effects on animals, plants and microorganisms.

2. Cadmium - Cadmium compounds are also very harmful to humans and will accumulate in the body, especially in the kidneys. Cadmium is contained in the following components, SMD resistors, infrared generators, semiconductors, etc. Cadmium is also a curing agent for plastics and is also found in older cathode ray tubes.

3. Mercury - Mercury can cause damage to many organs, including the brain, kidneys, and ovaries. More seriously, the development of the fetus is quite sensitive to the mercury that the mother passes.

4. Polychlorinated biphenyls - Polychlorinated biphenyls are carcinogenic substances that accumulate in adipose tissue, causing diseases in the brain, skin and internal organs, and affecting the nervous, reproductive and immune systems. E-wastes often contain PCBs and motors. When exposed to PCBs for a long time, they can directly cause various symptoms such as hair loss and skin allergies, but their primary harm is their carcinogenicity. Its damage to the nervous system and reproductive capacity.

5.Hexavalent chromium - Hexavalent chromium is still used for rust prevention and strengthening and beautification of steel sheets. It easily passes through the cell membrane and is then absorbed, which then has a toxic effect on the contaminated cells. At the same time, hexavalent chromium can also damage DNA, which is a very toxic substance in the environment.

6. Barium - Barium is a soft silver-white metal that is used on the screen of a computer monitor cathode ray tube to protect users from radiation. Studies have shown that even short-term exposure to sputum can cause brain swelling. Muscle weakness, as well as damage to the heart, liver and spleen. However, there is no information on the long-term exposure to the effects of cockroaches on people. Animal studies have shown that after a period of feeding, blood pressure rises and the heart changes.

7. Beryllium - Beryllium is a steel gray metal, quite light and hard, is also a good conductor of electricity and heat, and has no magnetic properties. These characteristics make 铍 suitable for various industrial purposes. Radon is considered to be a carcinogen that causes lung cancer.

Handling and recycling these used electronic components often involves strict legal and environmental requirements because they contain many harmful substances that can cause serious pollution problems when they are buried or incinerated.