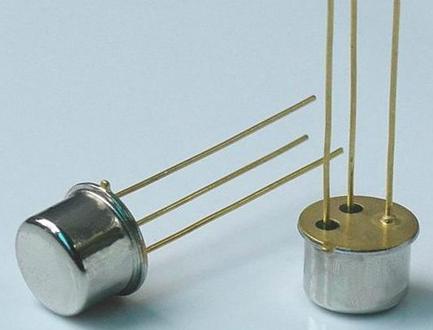 The original transistor, built by Bell Labs in 1947, was large enough that it could be pieced together (assembled) by hand. But now, more than 100 million modern day transistors could fit onto the head of a pin.

Transistors make our electronics world go ‘round. They’re critical as a control source in just about every modern circuit. Sometimes you see them because they can be sold in a “discrete” (single device) package. Sometimes they’re hidden deep within the die of an integrated circuit. When we think of transistors, we often think of microprocessors and memory, but the truth is, the market for discrete transistors is much, much larger than the market for integrated digital devices!

With an average selling price of less than a dollar, this can mean hundreds of billions of transistors purchased and used every year. The worldwide market for transistors is expected to surpass $14 billion dollars in the coming years, which has slumped in the past few years to a mere $9 billion or so dollars.

Are they Dangerous? Left to themselves, discrete transistors are typically not toxic. Silicon, Carbide, and Gallium are not toxic, nor are the plastic case or wires making up the package of the transistor. Solder used to connect the transistors to the rest of the product may contain lead (Pb) which can cause nerve damage, reproductive problems, damage to the fetus in pregnant women, and poor muscle coordination. Lead is an even more serious problem in children as it can delay neurological development and decrease IQ. Fortunately lead-free (ROHS compliant) solders are available. Some ceramic fillers used in discrete transistors and other discrete electronic components may contain alumina whose dust may cause lung disorders. Plastic packages can also cause harm when burned.

The metal legs or leads can be separated from discrete transistors and recycled as scrap metal. Unfortunately, the remainder of a transistor is typically not recycled and discarded as waste (although this waste is usually non-toxic).