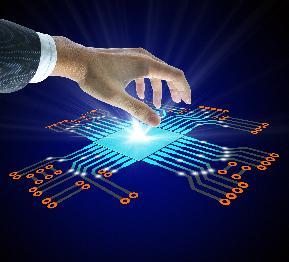 Taiwan's semiconductor industry leads the world and creates an unshakable industrial position in the global semiconductor industry chain of "manufacturing first, packaging and testing first, and IC design second". In 2018, the 60th anniversary of IC's emergence, Taiwan Semiconductor, which plays a pivotal role in the global IC industry chain, has fierce competition and litigation this year, as well as reconciliation and cooperation after hegemony, taking the opening of Meiguang Taichung Factory as an example.

On October 26, 2018, Micron invested in the advanced packaging and testing plant invested in Taichung, and will mainly produce high-end packaging including 3D IC (3D IC) and Mobile DRAM (Mobile Memory). Liang Mingcheng, vice president of Taiwan's Micron's back-end factory, said that the 3DIC technology level is high and must be combined with the previous TSV (silicon via) process. The TSV process was manufactured at Micron's Wafer 16 plant in Zhongke Park and sent to the back-end packaging and testing facility for sealing and testing. Micron will achieve a one-stop production of DRAM front and rear through this back-end packaging factory, and vertically integrate the current DRAM manufacturing of Micron's Taichung and Taoyuan plants.

Although Manish Bhatia, executive vice president of Micron, stressed that the future cooperation with other manufacturers will not change due to the establishment of this new factory, but for the professional foundry of the memory packaging and testing plant, the output of Micron increased, others The order quantity of the packaging and testing factory may be reduced, and the competitive relationship is obvious.