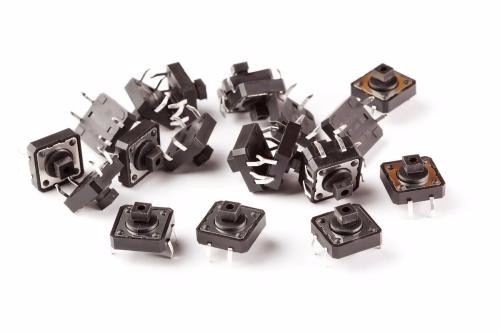 The development of electronic components is a long story. We would briefly introduce the history in this article. Electronic technology is an emerging technology that began to develop in the late 19th and early 20th centuries. The development is the fastest in the 20th century. It has become an important symbol of modern science and technology development.

In 1906, De Forest Lee (An American inventor) invented a vacuum triode (electron tube). This is the first generation of electronic products is centered on electronic tubes. At the end of the 1940s, the world's first semiconductor triode was born. The first semiconductor triode was born in the world. It is small, portable, power-saving and durable. So it quickly applied in various countries.

Due to the needs of social development, electronic devices have become more and more complex, which requires electronic devices must have the characteristics of reliability, speed, low power consumption, light weight, miniaturization, and low cost. Since the idea of integrated circuit was put forward in the 1950s, the first generation of integrated circuits were developed in the 1960s due to advances in integrated technologies such as material technology, device technology and circuit design. In the history of semiconductor development, the emergence of integrated circuits has an epoch-making significance: its birth and development have promoted the advancement of copper core technology and computers, and made historic changes in various fields of scientific research and the structure of industrial society. Integrated circuits invented with superior science and technology have enabled researchers to have more advanced tools and many more advanced technologies. These advanced technologies have further led to the emergence of higher performance, less expensive integrated circuits. For electronic devices, the smaller the volume, the higher the integration; the shorter the response time, the faster the calculation process; the higher the transmission frequency, the greater the amount of information transmitted. The semiconductor industry and semiconductor technology are known as the foundation of modern industry, and have also developed into a relatively independent high-tech industry.