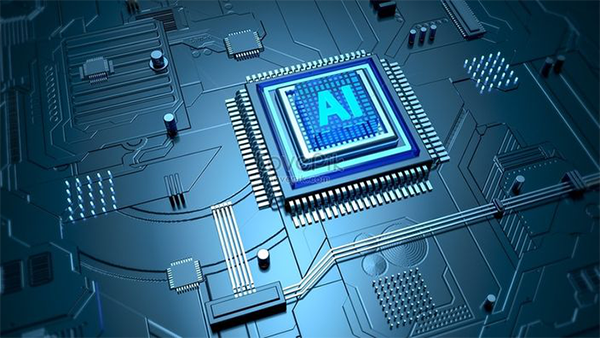 With the advent of the 5G era and the rise of AI technology, more and more industries are integrating AI and the Internet of Things and applying them to the field of intelligence, and intelligence has become the goal and demand-oriented transformation and upgrading of traditional car companies.

In the process of the development of automobile intelligence, autonomous driving has attracted wide attention in many automobile application scenarios, and it is also a field with a higher threshold. While raising higher challenges to AI chips, it also increases the demand for AI chips. In the field of autonomous driving, many chip giants such as NVIDIA and Intel have been deployed for a long time in the world. In this context, how can domestic AI chip companies ride the wind and waves?

Differences in the development of domestic and foreign auto autonomous driving

According to the classification of autonomous driving by the Society of Automotive Engineers (SAE), there are a total of six levels L0-L5. The top level L5 is defined as the system can complete driving operations in all road environments without driver intervention. If Tesla can achieve L5 autonomous driving, it will be another milestone in the history of automobile development. In stark contrast to Tesla's radicalization, the process of domestic automobile intelligence appears to be "lagging behind." Judging from the current layout of domestic car companies, they are mainly in the L2 stage and are steadily transitioning to L2+ or L3 autonomous driving. From the perspective of the development of autonomous driving, there are obvious differences at home and abroad.

Starting in 2019, L2 level driving assistance systems have gradually increased in mid-to-high-end models. On July 28 this year, GAC Group released the ADiGO ecosystem. This system will be the first to be installed on Aion LX models and is expected to become the world's first Mass-produced L3 self-driving SUV. At present, L4 is mainly implemented in relatively closed scenes, which are relatively small and easy to implement, but it takes time to apply in larger actual scenes. Regarding when L4 level automatic driving will be realized, Black Sesame CMO Yang Yuxin told Jiwei. “The realization of L4 level automatic driving may take 3-5 years. The computing power of the hardware is relatively easy to achieve, but the software There are higher requirements for maturity and car support for edge scenes."

The above-mentioned person believes that “in the final analysis, it is mainly that the level above L4 requires strong algorithms, computing power and data support. Therefore, the requirements for automotive AI chips that provide computing power are extremely high.”

The difference in the progress of auto-driving at home and abroad is related to the development of auto AI chips at home and abroad. The foreign chip industry has been developing for a long time and the industrial chain is mature. International giants such as Nvidia, Qualcomm, and Intel have successively launched the layout of chips in related fields of automobile intelligence. Although the domestic chip industry started late, the domestic market and policies have provided a favorable environment. AI chips are ushering in the trend of development, and AI chip companies in the field of autonomous driving are expected to rise in the wind.

For chip giants, although entering the field of autonomous driving AI chips means continuous high R&D investment in the early stage, the market size and development speed of this field will become their new business growth point. According to data from Roland Berger, the market size of global automata is 113.8 billion U.S. dollars in car-end systems in 2020, and the market size will reach about 500 billion U.S. dollars by 2030, of which chips, sensors, etc. will contribute to the main incremental market. The huge market size has also attracted Chinese players to participate. Currently, chip companies such as Black Sesame and Horizon have launched self-developed products. Black Sesame Technology officially launched the "Huashan II" A1000 autonomous driving chip in June 2020, with a single-chip AI computing power of up to 70TOPS. The domain controller composed of two Huashan No. 2 can achieve up to 140TOPS of AI computing power. It is worth mentioning that the chip power consumption is only 25W. Black Sesame CMO Yang Yuxin told Jiwei.com, “Tesla’s single-chip computing power is 72 TOPS, but it provides 1 TOPS of computing power per watt; our advantage over Tesla lies in its high energy efficiency ratio, which can provide 5 -6TOPS computing power."Power consumption control is more important than high computing power. He believes that “As the computing power of chips in cars in the future becomes higher and higher, if you do not pay attention to controlling power consumption and cause it to be too high, it will cause a great burden on electric vehicles.”

Black Sesame's view on power consumption control can be said to coincide with car companies. It is precisely because of the high power consumption of the previous generation Xavier chip using NVIDIA Orin that Tesla also embarked on the road of self-developed chips. According to Yang Yuxin, Black Sesame currently has preliminary cooperation with mainstream domestic models such as FAW, SAIC, and Weilai. Due to the long R&D cycle of the automotive industry, mass production models are not expected to be launched until the end of 2021 and early 2022. In addition to black sesame seeds, Horizon has also made breakthroughs in the application of automotive-grade chips. The second-generation AI chip of its previous journey has been officially mass-produced and used in the intelligent cockpit NPU computing platform. According to Huang Chang, vice president of Horizon, “a breakthrough product will be launched this year.” As for chips for autonomous driving environment perception, Horizon’s AI chips currently provide 2TOPS of computing power per watt.

Regarding the development of the autonomous driving AI chip market, Huang Chang said, “Autonomous driving chips are not that simple. This field requires strong AI computing power. The capabilities accumulated by many chip companies in the past are not the core of this field. The most important thing is to The integration of software and hardware has developed artificial intelligence products with high performance, low power consumption, low cost, and can be completed quickly and accurately." In fact, in terms of AI chips, although the current high-end chips of leading foreign companies have stronger computing power, But from the perspective of market and application, domestic AI chips still have great opportunities. On the one hand, local AI chips have advantages in power consumption control; on the other hand, there are large domestic companies promoting the innovation and development of AI technology; in addition, both the domestic market and the policy level provide many favorable conditions for industrial development.