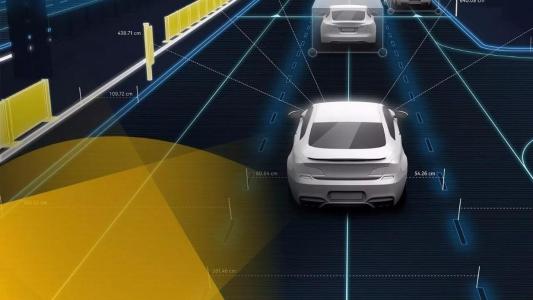 2019 Shanghai International Automobile Industry Exhibition was held. In addition to the big-name car manufacturers, a large number of electronic information technology companies have also gathered together to showcase the integration of information and communication, big data and artificial intelligence in the automotive field. Zheng Li, senior vice president of NXP Global and president of Greater China, said that 90% of future automotive innovations will come from the information technology field.
Autopilot enters the product introduction stage
Auto-driving is undoubtedly the biggest hot spot in the development of intelligent and networked vehicles. Shows related to autonomous driving at this year's auto show are everywhere. When talking about autonomous driving, Zheng Li pointed out: "From the perspective of development level, the current mainstream autonomous driving technology has reached between L3 and L4, and some brand models have begun to introduce related products." Zheng Li also stressed that automatic driving It is becoming one of the main sources of innovation in the automotive field. It is not only the realization of complete autonomous driving that is the sole purpose of innovation. The results produced in the process of technological advancement are equally important and can be widely applied.
NXP booth, smart concept car eye-catching
At the NXP booth, an automatic driving system based on the BlueBox platform and a 77G millimeter wave forward radar and angular radar based on the radar transceiver and the S32 platform were exhibited. According to the current analysis of the automotive market, by 2020, 50% of new cars will use radar technology to achieve different levels of autonomous driving. Lars Reger, senior vice president and chief technology officer of NXP, pointed out that millimeter wave radar is one of the important technologies that constitute autonomous driving. This cutting-edge technology will enable cars to achieve road detection and classification, panoramic and surround vision applications, and its ultimate solution, imaging radar, is likely to eventually replace other expensive technologies and bulky products. IHS Markit expects China to become the world's largest automotive radar market by 2023.

HoloPilot, the automatic driving system of Hedo Technology Expressway
The same is the autonomous driving program, the company's first auto-driving road test through the highway Hedo Technology exhibited its automatic driving system HoloPilot for the expressway at this auto show. According to reports, the system uses a millimeter-wave radar with a camera's sensing platform, coupled with NVIDIA's computing platform, can achieve single-lane automatic driving, active lane change, active overtaking and other operations on the highway, and also has up and down The ability to marry.